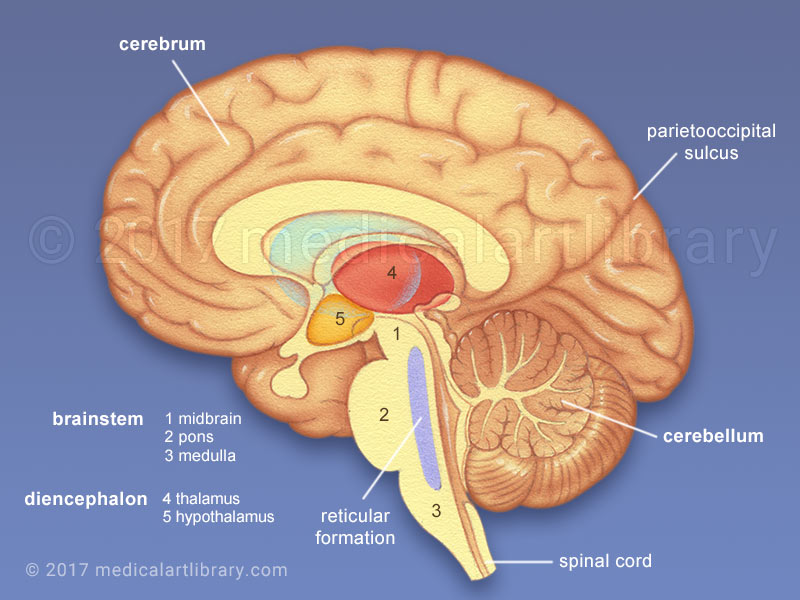 The principal parts of the brain are the cerebrum, brainstem, diencephalon, and cerebellum.

The diencephalon consists of the thalamus and hypothalamus.

The brainstem is the lowest part of the brain just above the spinal cord. It consists of the midbrain, pons and medulla. It controls many of the basic involuntary body functions necessary for life, such as breathing, sleeping and rate of heartbeat.

The reticular formation is a complex network of nerve cell fibers. It is involved with determining our level of wakefulness and sleep.