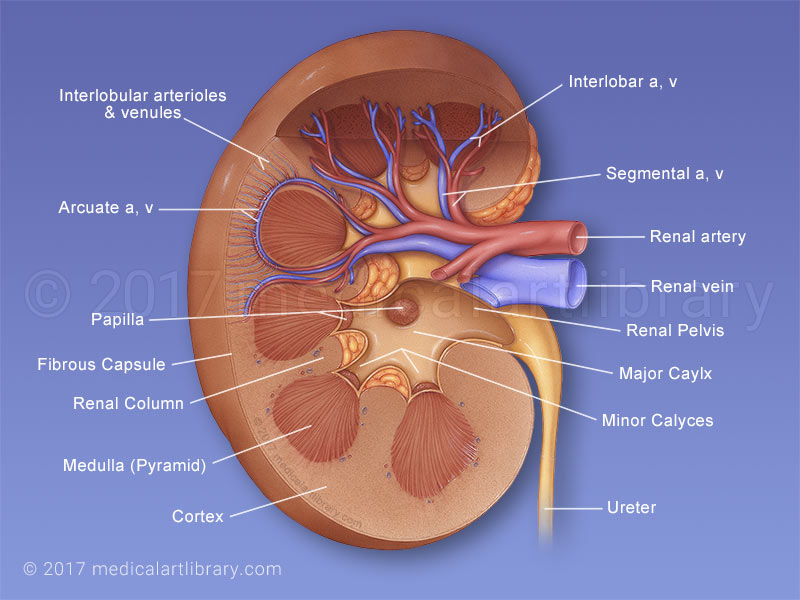 The kidney is composed of an inner medulla and an outer cortex surrounded by a tough fibrous capsule.

The medulla is composed of a series of conical masses called the renal pyramids. The apex of these pyramids form a papilla which projects into the lumen of the minor calyces. The cortex extends between these medullary pyramids as the renal columns (of Bertini).