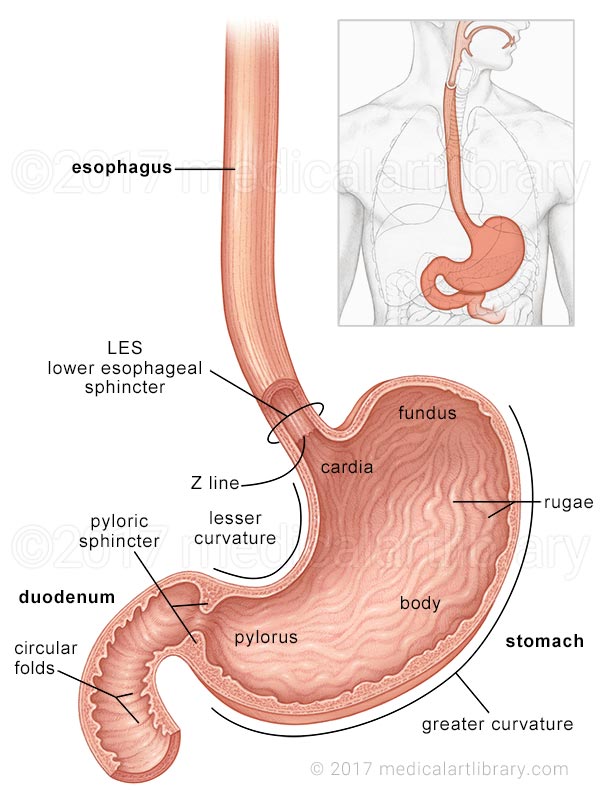 Areas of the stomach depicted are the cardia, fundus, body and pylorus.

The LES, or lower esophageal sphincter is the muscular wall of the esophagus near the opening of the stomach. It normally stays closed except during swallowing.

The pyloric sphincter, when closed, prevents stomach contents from entering the duodenum.

The body of the stomach has folds called rugae, which flatten when the stomach is full. The circular folds of the duodenum increase it’s surface area for absorption of nutrients.